Many or all of the products featured on this page are from our sponsors who compensate us. This may influence which products we write about and where and how the product appears on a page. However, this does not influence our evaluations. Here is how we make money.

More than 17 million people across Australia played video games in 2021. Did you know you could be making money while you play? Here are the best apps that pay you to play games. 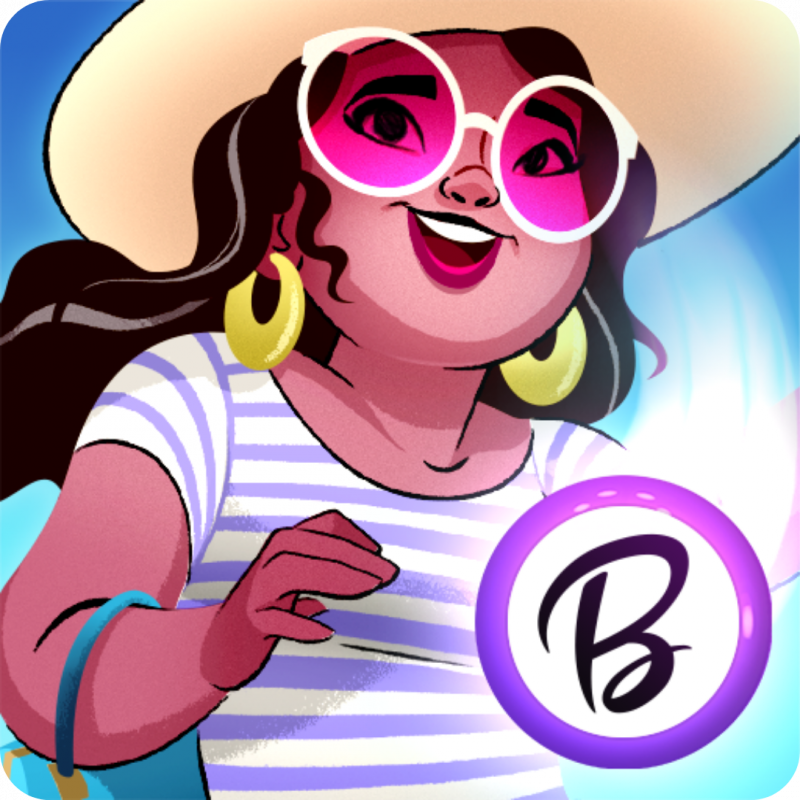 Blackout Bingo pits you against other players to see who can call BINGO first. There are a variety of extra boosts that you get rewarded for, such as speed bonuses, multi-bingos, correct daubs, and more. And, there’s a fun travel theme that takes you to locations like Paris and Dubai.

Each round takes about two minutes to complete. As with real-life bingo, concentration and speed will help you win.

The game has practice rounds where you can brush up on your skills and earn Ticketz which can be exchanged for real prizes and cash. Once you’re ready to level up and make serious money, you can play head-to-head against other players or enter tournaments where you can make even more money.

User Review: lilsneakermom — “I started just doing the practice rounds and the Z token rounds and I started to see that my “SKILLZ” were improving immensely with every single game… I decided to hop on the PRO game and have made it to the top 100 players in the leagues and have won over $1000.”

The game is available for iOS and Android and is free to download and play. Deposit money for more chances of winning big! 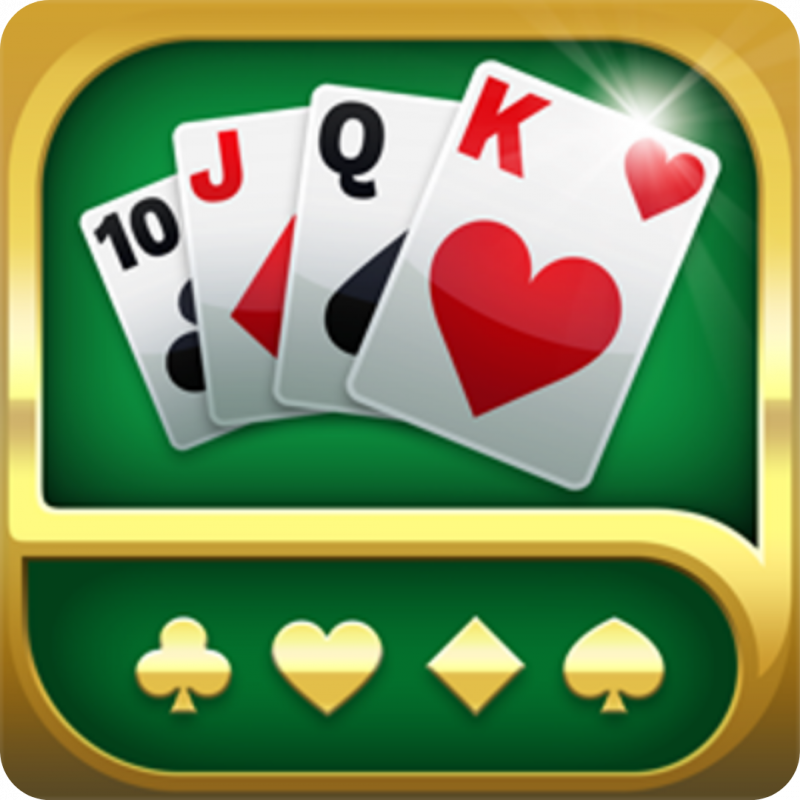 Solitaire Cube is based on the classic card game. In the Practice League, you play an identical game against an opponent with a similar skill level. Whoever finishes first is the winner and receives points that can be redeemed for cash or other prizes.

There’s also a Pro League option, which requires a $10 deposit and offers higher potential winnings. If you like, you can deposit more money for a higher chance of winning, however, you can enter games for as low as $1.

Pro League players like Katie Nguyen from Pennsylvania have made insane amounts of money making over $350,000.

Solitaire Cube is available for iOS and Android and is free to download. Payouts are via PayPal. 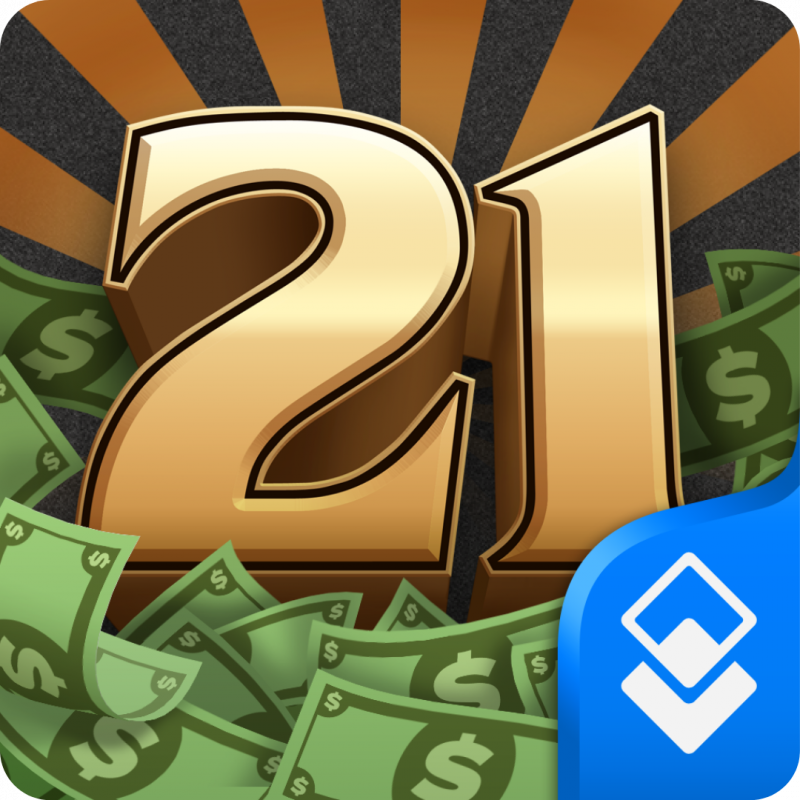 21 Blitz features an addictive cross between solitaire and blackjack. The goal is to get as close as you can to 21 in each of four stacks of cards. You choose whether to play head-to-head or in multiplayer tournaments. In tournament mode, you play against five other equally-skilled players.

Each round takes three minutes. If you finish your deck within the time limit, you get a bonus. But if you go over 21 three times, you lose the game.

Like other Skillz games, 21 Blitz is based on skill, not just luck. By mastering the game through the free practice rounds, you improve your skills before jumping into the big leagues to make serious dough. While tournaments are much more competitive the cash payouts are much larger.

User Review: DecentJean — “Mobile games were never really attractive to me until I started playing this one. The fact that you can earn money is obviousy compelling but even when you play for fun, it’s really addictive and definitely entertaining.”

21 Blitz is available for iOS and Android and is free to download. 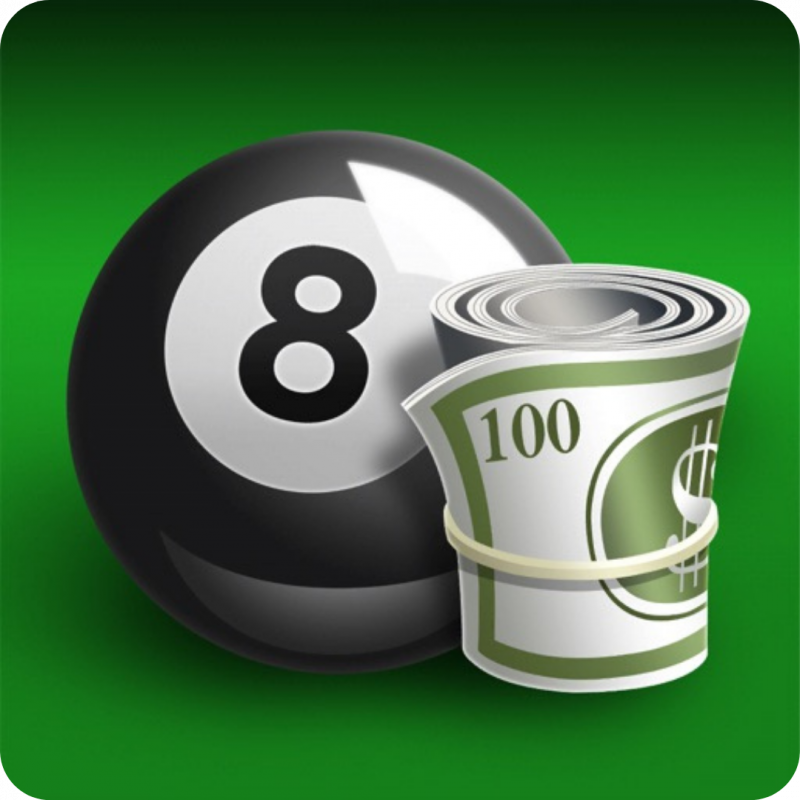 Like Solitaire Cube and Blackout Bingo, Pool Payday is part of the Skillz family of mobile games. Play virtual pool against your friends for free, or pay a small fee (as low as $0.60) to compete against others for a chance to win real cash.

If you’re really good and want to get more competitive, you can enter a match for as low as $2 for a chance to win $300.

Fans say that the in-game physics are impressively realistic. This game isn’t just based on luck—improving your skills will help you win money. You can try out trick shots and other strategies for bonus points.

User Review: Aye245 — “Love playing this game! Fast cash out, chat with others, play for money or practice play for Z’s. When your offline also you can practice for free.”

Redeem your prizes through PayPal, Apple Pay, and more. Pool Payday is available for iOS and Android and is free to download. 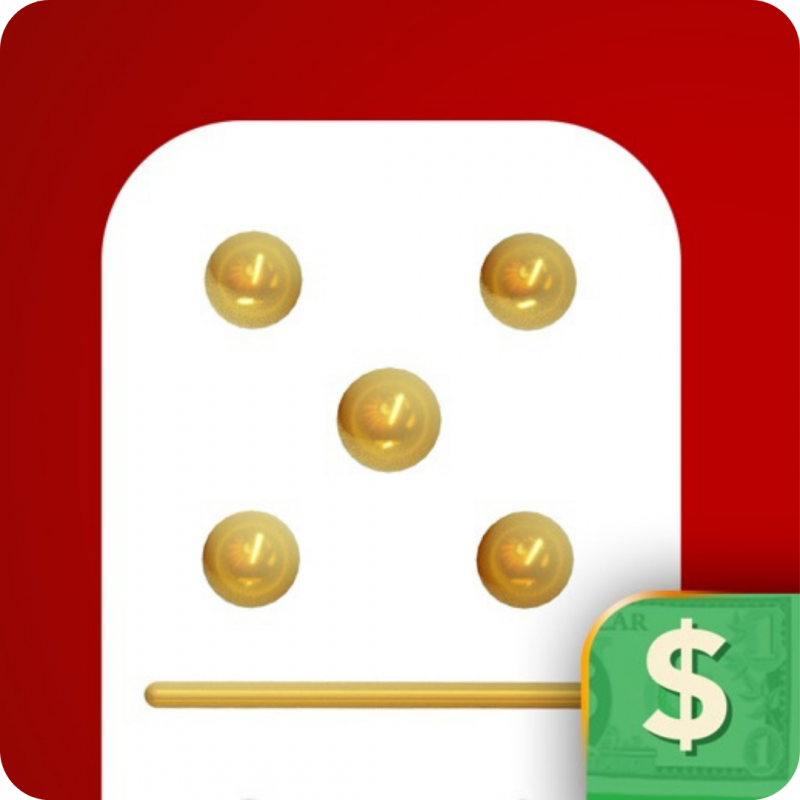 Dominoes Gold features one-on-one competitions and tournaments, both of which offer opportunities to win Ticketz. You and your opponent each play an identical game of dominoes against the computer. Whoever has the highest score when the timer runs out is the winner.

Ticketz can be exchanged for real prizes like TVs, gift cards, and even cars. But the real fun happens when you deposit money into your account to compete for real cash in dominoes games.

Tournaments take place every day and come in different forms like Live 1v1 Dominoes, Dominoes Court and the Pro League where you can win big money.

User Review: basomy — “This is the app that makes you use your brain and having fun playing with other people.”

Dominoes Gold is available for iOS and Android and is free to download. Cash prizes are paid out via PayPal. 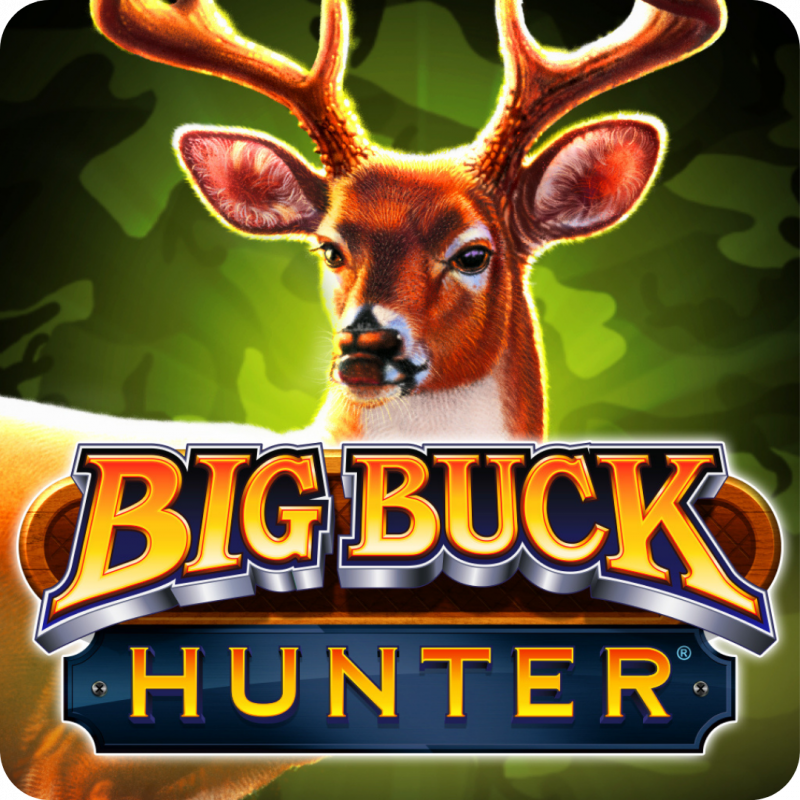 Big Buck Hunter was an instant hit when it emerged on the arcade scene over 20 years ago and has quickly become the world’s most popular hunting game. Big Buck Hunter: Marksman is the latest spin-off of the game that features a competitive twist and allows you to earn cash prizes and more.

It is a multiplayer game in which hunters accumulate points based on the accuracy and distance of shots taken at a whitetail deer that appear on the screen.

Once you download the app, you are taken on a tutorial on how the game is played. You can continue playing for free, practicing your skills while earning points along the way. But, If you wish to put your sharp-shooting skills to the ultimate test, you can challenge players around the world and compete for real cash. A user, Matt Lorick from Mississippi was named 2021’s Big Buck Hunter: Marksman Mobile Division Champion and earned a $5,000 grand prize.

Big Buck Hunter: Marksman is available for iOS and Android and is free to download. 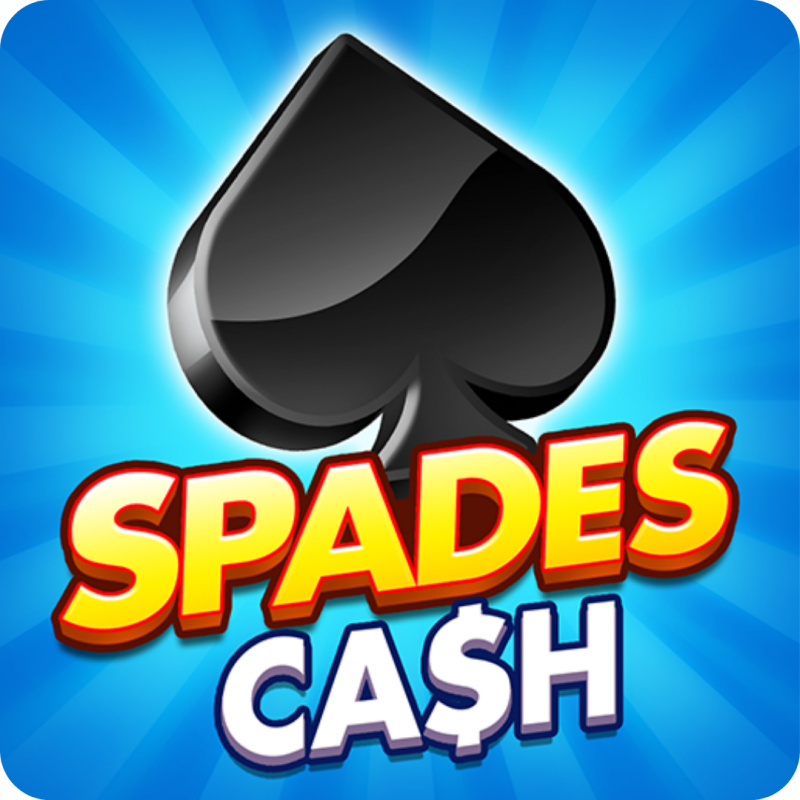 Spades Cash is a brand new card game where you can either go head-to-head against other players or enter multiplayer tournaments. The game is played in solo mode where each player gets his/her own points and ultimately compares scores against opponents around the world.

Users play for free and accumulate points that can be exchanged for real cash prizes. The game rewards users for their speed, such as beating the clock for the highest score.

Once you have gained enough confidence in your skills, you can enter tournaments where you can compete for serious cash prizes.

User Review: MiriamT89 — “I have searched for years for an app to play spades for cash and it is finally here. Practice first so you can get the hang of how the points work and how the avatars bid. It is only one hand but it is pretty fun. The computer avatars are pretty predictable, so you can bid pretty easy on knowing how they play.”

Spades Cash is available for free on iOS and Android devices.

These apps won’t pay you so much that you can quit your day job and play games full time. What they can do is help you earn a few bucks from something you’re probably already doing.

Which of these apps and games is best for you? That depends on what types of games you like to play. Since they’re all free to download, we recommend giving them all a try until you find the ones you like. And, playing a few different ones might improve your chances of earning money.

One last thing, these games are designed to be addictive. Some of them offer opportunities to pay for better chances of winning. While that’s part of the fun, it can be a problem if you’re spending more than you want to. Be careful and don’t put more into a game than you can afford to lose.

Straight to Your Inbox

by The Modest Wallet 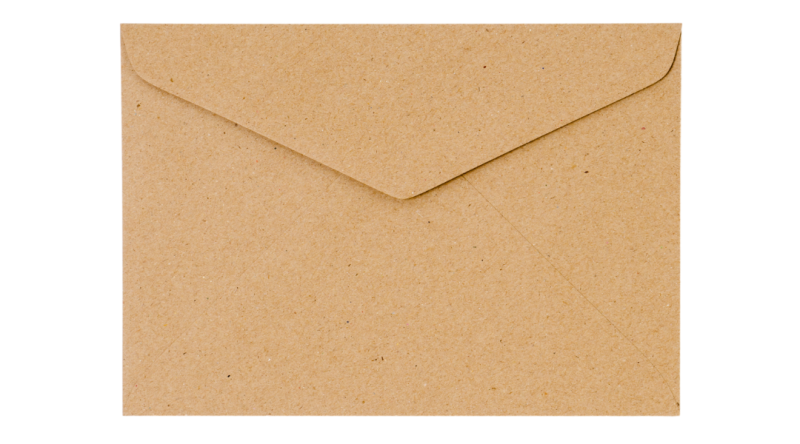 Plus, we’ll send you our Personal Finance Blueprint so you can learn everything you need to know to build wealth.