Many or all of the products featured on this page are from our sponsors who compensate us. This may influence which products we write about and where and how the product appears on a page. However, this does not influence our evaluations. Our opinions are our own. Here is a list of our partners and here is how we make money.

The information provided on this page is for educational purposes only. The Modest Wallet is a financial publisher that does not offer any personal financial advice or advocate the purchase or sale of any security or investment for any specific individual.

The investing space is packed with terms that at first glance, might appear somewhat confusing. While it’s more than likely that you’re familiar with what interest is, how much do you know about compound interest?

If you’re unsure as to how compound interest works, be sure to read our comprehensive guide. Within it, we explain what compound interest is, how it works, and perhaps most importantly — why it is a crucial factor in maximizing your long-term investment goals.

Note: The terms ‘interest’, ‘profit’ and ‘gains’ have been used interchangeably within this guide. They all refer to the same thing – growing our money long-term through the art of investing.

To start, let’s explain the basic concept of compound interest.

It will come as no surprise to learn that the overarching aim of parting with our hard-earned money is to make more than we originally started with. In this sense, let’s refer to this as making interest on our money.

For example, when you walk into your local bank to ask for a loan, the lender will provide you with the funds on the proviso that you pay interest. Otherwise, there would be no point in the bank taking on the risk of you failing to pay the funds back.

Much like in the case of a bank lending their funds to a customer, the online investment space works in exactly the same way. You risk your money by investing in a publicly listed company, and in return, you expect to make a profit.

However, the way that your profit, or interest, is calculated can make a significant difference in the amount of money you make. Let’s look at a quick example of conventional interest.

As you can see from the above example, you invested $10,000 into a company that made a 10% profit at the end of both years. By taking the profit out at the end of each year, you made a tidy profit of $2,000.

However, we’re now going to give you a second example that is based on compound interest.

Note: When we refer to the original investment amount ($10,000 in this example), this is known as the ‘Principle’.

While this is a rather basic example, imagine how many examples two would grow to over the course of say 10, or even 20 years? While in the first example you would make a flat profit of $1,000 each year, compounding interest allows you to grow your money at a significantly faster rate.

In fact, let’s see how much you would earn over 10 and 20 years by keeping your $10,000 invested and leaving the interest to compound.

Normal interest: If the above rates remained constant for 10 years, and you withdrew your gains at the end of each year, your $10,000 would eventually be worth $20,000.

Normal interest: If the above rates remained constant for 20 years, and you withdrew your gains at the end of each year, your $10,000 would eventually be worth $30,000.

As you can see from the above examples, the longer that we leave our money invested, and thus, allow the interest to compound, the faster it grows. Essentially, over a 20 year period, a $10,000 would be worth more than 124% more than had we simply taken out our profits each year.

So now that we’ve explained the basics of compound interest, let’s find out how it works in more detail.

See Also: What is a Bond: Everything You Need to Know

How Does Compound Interest Work?

It is important to note that while accurate, the examples given above illustrates compound interest in its most basic form. The reason for this is that there are several factors that need to be considered, all of which have a direct impact on how much the compound interest will earn us, and ultimately, how quickly our money will grow.

Let’s break the fundamentals down in more detail.

One of the most, if not the most important factors to consider is the frequency at which the interest compounds. In the examples given above, we made the assumption that the interest-only compounds once per year. In other words, we made our 10% gains at the end of each year. However, and as you are probably aware, things don’t always work like that in the investment space.

Firstly, if you engaged in a simple loan agreement with a third party, and the interest compounded twice per year, this would end up costing you more money than a loan that only compounded once per year. This is because the funds have interest applied to them at a faster rate, and thus, you pay more.

When you earn interest on your money in a traditional savings or CD account, the concept works in the same way. Accounts that pay interest on a monthly basis as opposed to annually will earn you more money at a faster rate.

In the case of an investment in the stock markets, think about how you would deal with dividends. If you simply withdrew the dividends out of your brokerage account as and when they are paid, you wouldn’t benefit from compounding interest.  However, if you re-invested them back into the company as soon as they were distributed, you would.

Here’s a quick example to make sure you understand the importance of the compounding interest frequency.

As you can see from the above example, by having the interest compounded every month, as opposed to annually, you made an additional $2,266, even though none of the other factors changed.

As noted above, the principle refers to the initial amount that you invest at the very start. However, most investors will continue to inject money at regular intervals. For example, while you might originally invest $10,000 worth of savings, you might also decide to invest an additional $500 at the end of each month. In doing so, your long-term gains will grow at a significantly faster rate.

You see, while you the average Joe might not miss $500 per month, the end result after 20 years would make all the difference.

It is also important to note that the size of the principle plays absolutely no part in how quickly the compound interest grows. In other words, whether you initially invest $100, $10,000 or $1 million, the growth rate will always remain the same. In the discussion of compound interest, this is why time is significantly more important than the principal amount.

What this means for you is that if you are yet to begin your long-term investment journey, NOW is the time to start. Irrespective of how much you are able to invest, time is your best friend. Moreover, if you’re also able to commit to regular investments as we discussed a moment ago, this will also have a major impact on the rate at which you’ll see your money grow.

See Also: What is an Exchange Traded Fund (ETF): Everything You Need to Know

How to Calculate Compound Interest?

Admittedly, we, like the vast majority of investors out there, use an online calculator to assess how much compound interest we are going to make. After all, why would we want to waste time attempting to calculate it ourselves when we can instead do it at the click of a button?

Nevertheless, like most things in the investment space, it is still important to understand the fundamentals. As such, we’ve broken down the compound interest calculation below.

A: This is the final amount that your money will be worth.

P: This is the principle, which is the original amount you invested.

r: This is the annual rate of interest that your investment pays.

n: This is the frequency per year at which the interest compounds. For example, monthly would be 12, yearly would 1.

t: This is the number of years that your investment remains untouched.

Now for the numbers.

Let’s say that you originally invest $5,000 at an interest rate of 5%. The interest compounds on a monthly basis. Let’s see what the investment would be worth after 20 years.

If you’re confused by the above example, don’t be. Nobody goes through the process of calculating compound interest manually. It’s just a good idea to understand the basics.

If you’ve read our guide from start to finish, you should have a really firm idea of what compound interest is, how it works, and why it is a fundamental component in meeting our long-term investment goals.

Ultimately, by earning interest on our interest, our money grows at a significantly faster rate. This isn’t only the case for traditional interest-bearing products like loans, but for investment vehicles of ALL shapes and sizes.

Whether it’s reinvesting the interest on your bond payments, keeping your stock portfolio untouched, or making frequent additions to your mutual fund – the underlying concept is the same – you get to grow your money at a much quicker rate.

Finally, it’s also worth playing around the compound interest calculator that we linked to above. We find it acts as a great motivator in getting your long-term investment journey on the right track. 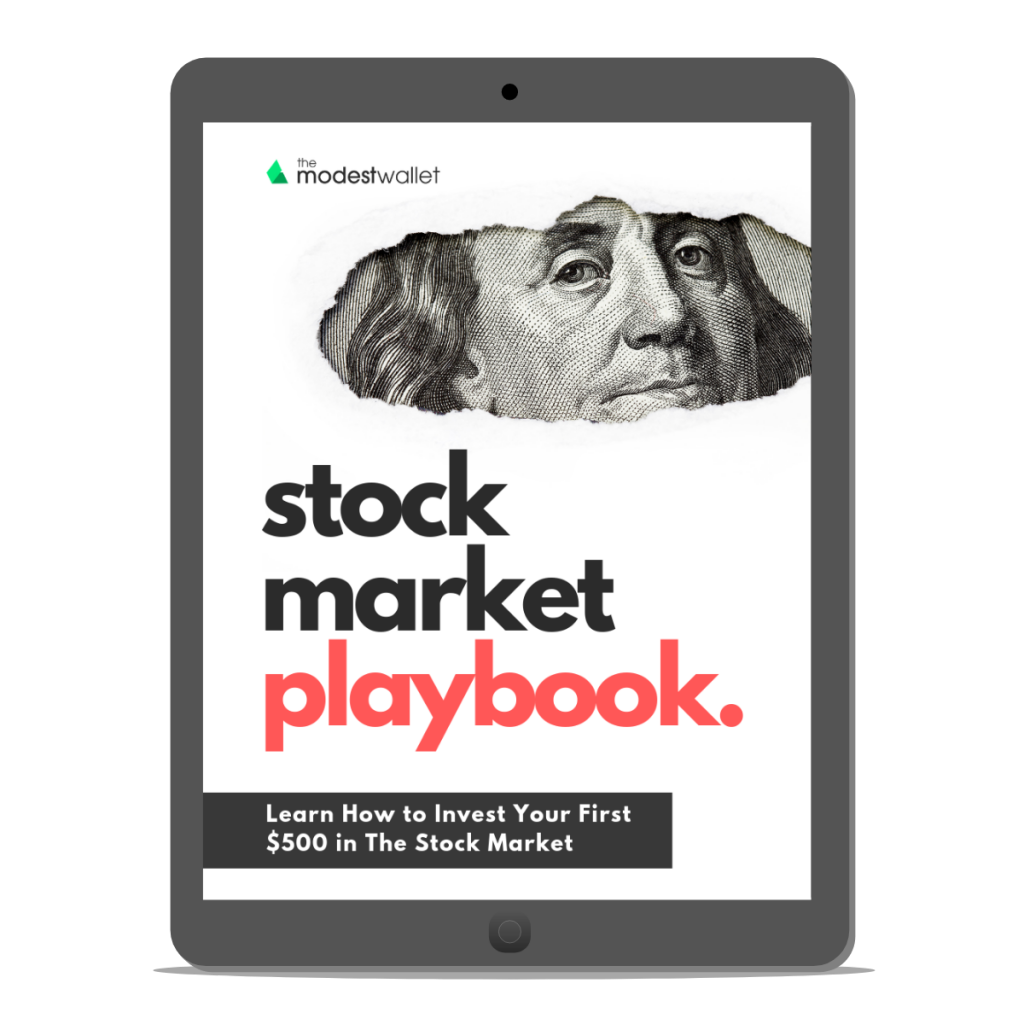 Get our free Stock Market Playbook to learn how to invest your first $500 in the stock market.

Plus our best money tips delivered straight to your inbox.

Ricardo is an entrepreneur, investor and personal finance nerd who enjoys spending time with his family and friends, travelling and helping others achieve their financial goals. Ricardo has been quoted as a personal finance expert in several online publications including Healthline, Bankrate, GOBankingRates, MSN Money, Yahoo Finance, U.S. News & World Report, Forbes and USA Today. 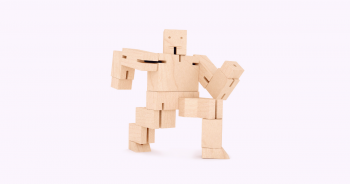 12 Best Robo-Advisors of 2022: Automate Your Investments 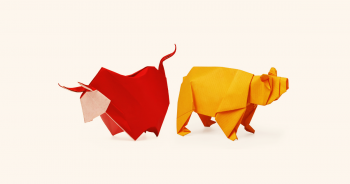 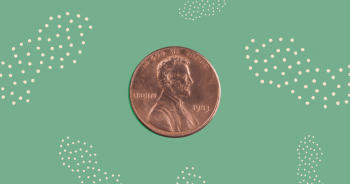 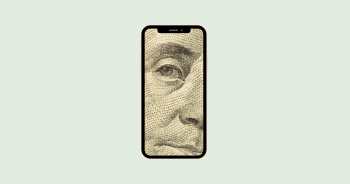 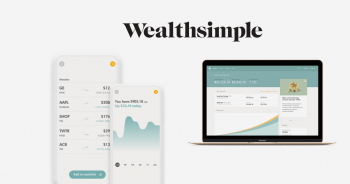 Wealthsimple Review 2022: Is Investing with a Robo-Advisor a Smart Idea? 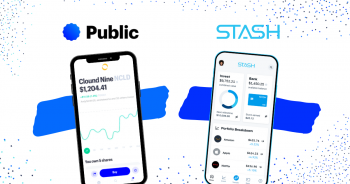 Public vs. Stash 2022: Which Investing App Is Best? 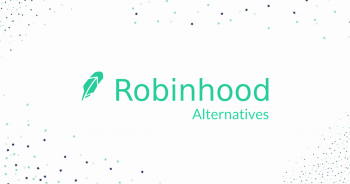 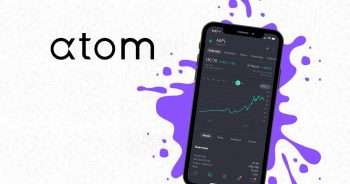